The metal reacts with oxygen in the atmosphere to form […]

The metal reacts with oxygen in the atmosphere to form an oxide film on the surface. The iron oxide formed on the ordinary carbon steel continues to oxidize so that the rust continues to expand, and finally forms holes. You can use paint or oxidation-resistant metals (such as zinc, nickel and chromium) for electroplating to ensure the surface of carbon steel, but, as people know, this protection is only a thin film. If the protective layer is damaged, the steel below will begin to rust.
The corrosion resistance of stainless steel hoses depends on the content of chromium. When the addition amount of chromium is 10.5%, the atmospheric corrosion resistance of steel is significantly increased. However, when the content of chromium is higher, although the corrosion resistance can still be improved, Not obvious. The reason is that when steel is alloyed with chromium, the type of surface oxide is changed to a surface oxide similar to that formed on pure chromium metal. This tightly adhered chromium-rich oxide protects the surface and prevents further oxidation. This oxide layer is extremely thin, and the natural luster of the stainless steel surface can be seen through it, giving the stainless steel a unique surface. Moreover, if the surface layer is damaged, the exposed steel surface will react with the atmosphere to repair itself, re-form this "passivation film", and continue to play a protective role. 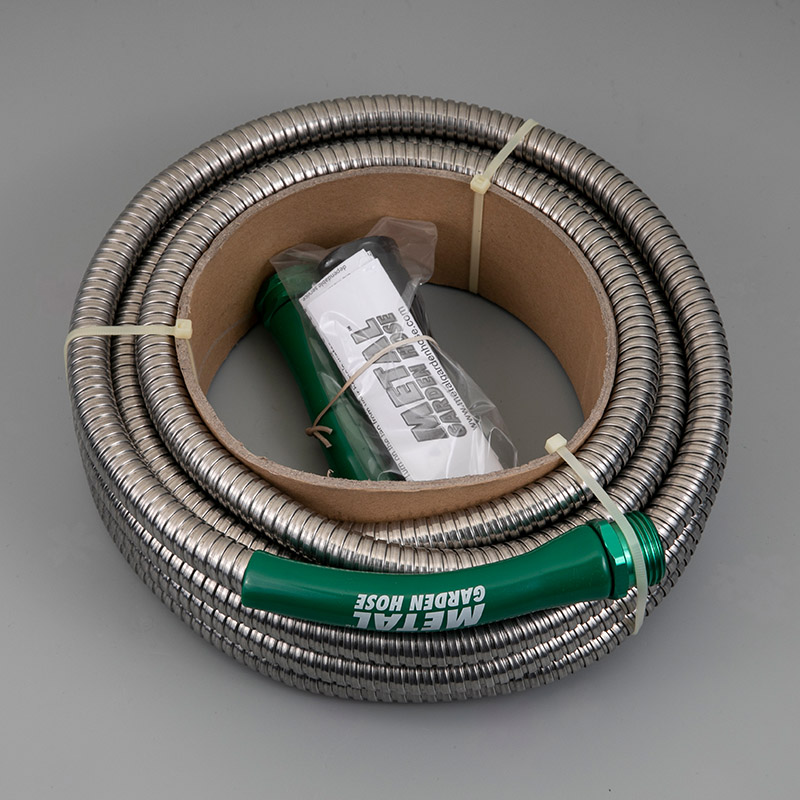